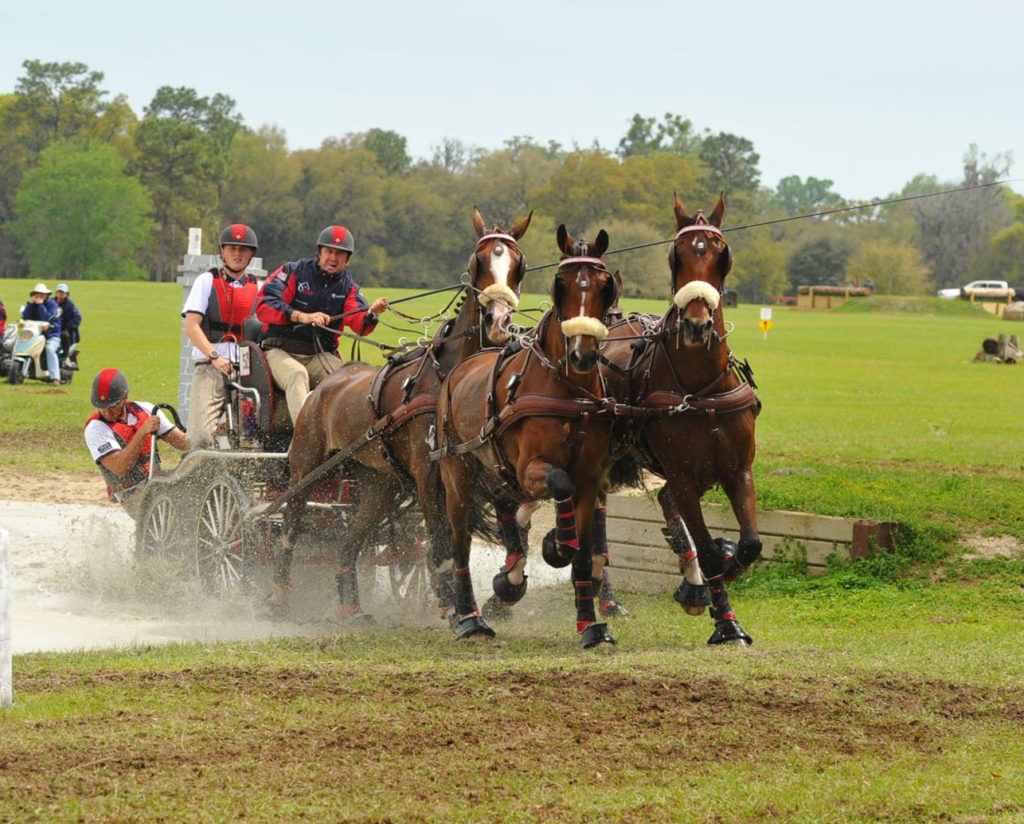 Ocala, FL (March 23, 2016) – The Florida Horse Park of Ocala, Florida saw local horseman and 13-time U.S. National Four-in-Hand Champion Chester Weber take the victory lap in the third leg of the ‘Triple Crown of Driving,’ the Kingdom of the Sun CDE, on March 17-20. Weber posted the win over courses by one of Great Britain’s best 4* designers, Barry Hunter. The victory set the stage for Team Weber to next head to Europe, where Weber will be driving to defend his two-time consecutive winning title in London at The Royal Windsor CAI3*.

“I was very pleased with all of the horses and the potential they are showing, especially Amadeus on the wheel in the marathon phase. He was fantastic,” said Weber after his Kingdom of the Sun CDE win. With great attention to detail, Weber arranged his and Jane F. Clark’s team of bay KWPN geldings to maximize their potential, putting Amadeus and Boy W to the lead with wheel horses Boris W and Danzer in the dressage phase. For marathon, he relied on lead horses Asjemenou and Boy W, with Amadeus and Danzer in the wheel. Then wrapping up the competition in cones, Weber arranged his team to include Boy W and Amadeus in the lead, with Boris W and Danzer bringing home the wheel. 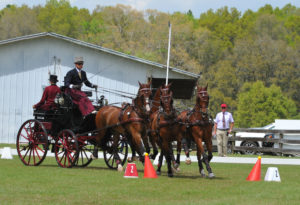 The Kingdom of the Sun CDE is a premier driving competition for the Florida Horse Park, and has served as both a Selection Trial for the World Singles Championships and a ‘warm-up’ for the World Equestrian Games. For the last two seasons, the competition has served as a springboard for Team Weber gearing up for The Royal Windsor Horse Show,  where Weber received first place and personal congratulations from HRH Queen Elizabeth.

Team up with Team Weber and Team Clark as they continue their efforts to qualify for the 2016 World Four-in-Hand Championships in Breda this summer. Follow news, live posts, video and photo galleries, and preferred product reviews at www.chesterweber.com