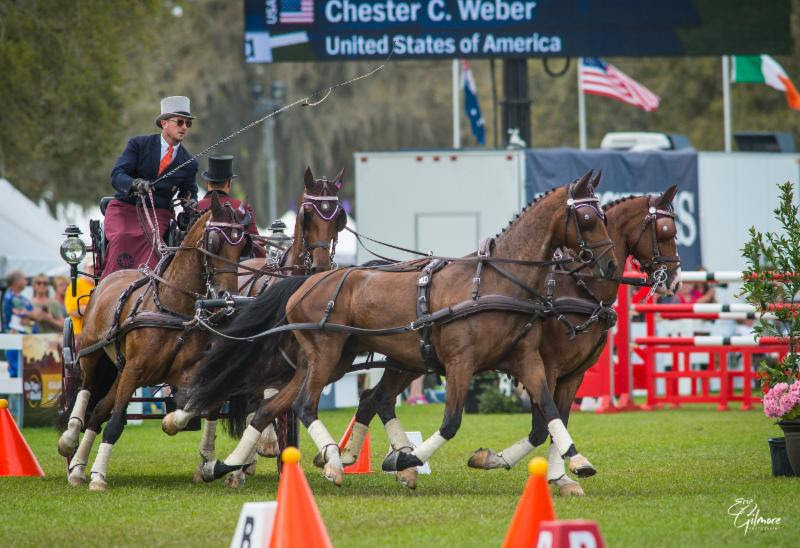 The 2018 World Equestrian Games (WEG) individual silver and team gold medalist led the championship from start to finish with a revolving roster of bays.

“I was pleased to start the weekend with a dressage score in the 30s. In the dressage I used two horses that were different from my WEG team, so I was pleased with that depth,” said the current world #3 ranked driver. 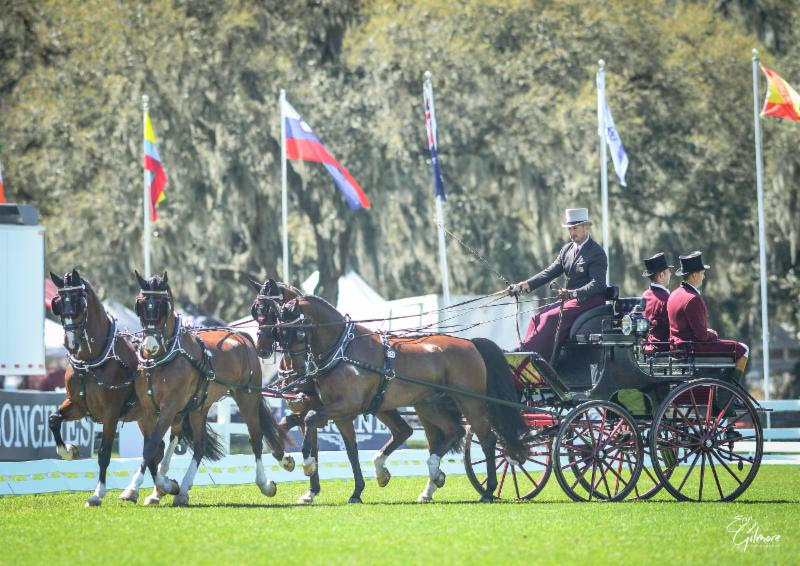 In the Marathon, he continued to experiment with horse order.

“I drove a new combination in the lead, [10-year-old KWPN] First Edition, whom I had all last season, together with a [KWPN] horse named Gouveneur (8). Gouveneur was a little shocked by the crowd, but he grew as the course went and got better and better, so that was really nice,” continued Weber.

“The team of horses did a fantastic job and really tried their hearts out.”

On Sunday, Weber and his team brought it home with a clean performance in the cones. And yet another change in the lineup.

“In the cones I put the two leaders that I drove last season together because they’re my strongest combination. I drove my seven-year-old [Dutch warmblood], Henrik, again as well. He’s gotten better and better. He’s telling me that he’s ready for the big stuff in Europe.”

Piloting KWPN’s Bolino D (13) and Saco (20), Dutch Warmblood Calipso 86 (14) and KNHS Daan 8 (14),Wrigley-Miller held down the runner-up position over all three rounds—despite a last minute change in her team.

“I did not have my same marathon team that I had at WEG. Part of it was by design and part of it definitely was not,” she explained. “My normal right-wheeler is no longer with me, so I had to turn to my old man, who is 20-years-old. I said, ‘Saco, Sorry old man. You’re up again.’ And he just absolutely delivered for me.”

Self described “rookie” Paul Maye, who has been driving four-in-hand for three years, took third.