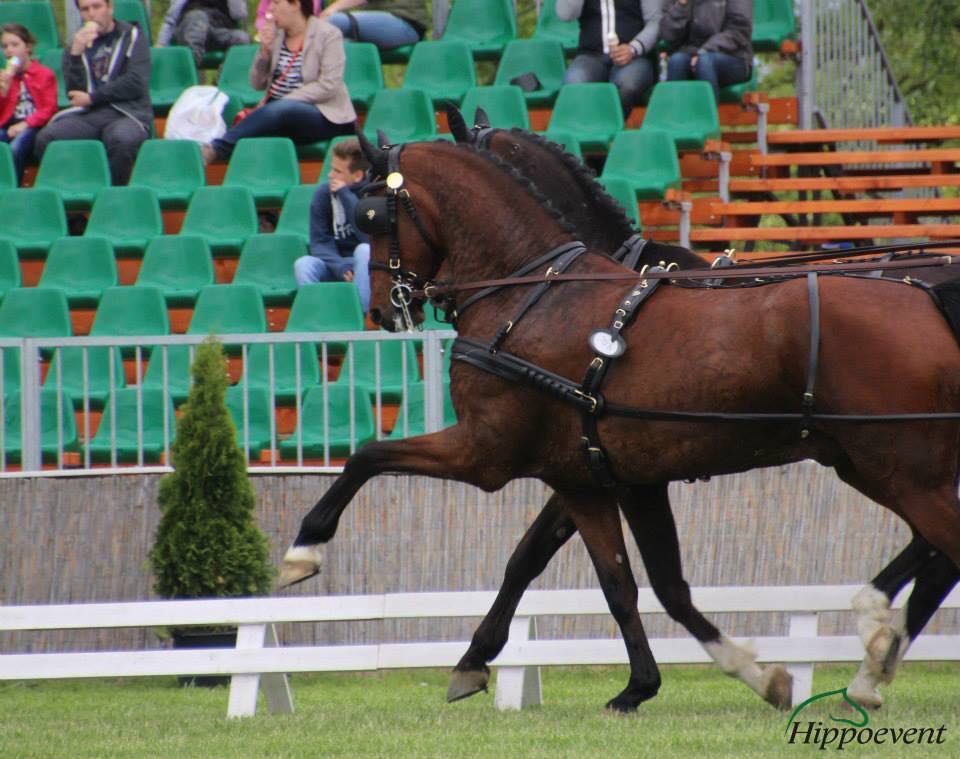 Ocala, FL (January 25, 2016)— Florida promises a superb showcase of world-class combined driving this season as the greatest whip in American history— reigning 12-time Four-in-Hand U.S. National Champion and three-timeWorld Equestrian Games Silver medalist Chester Weber—sets his sights on a trio of CAI2* tournaments in the Sunshine State. Weber begins with an FEI season opener, Little Everglades, on January 26-31 in Dade City, Florida, then Kingdom of the Sun on February 16-20 at the Florida Horse Park in Ocala, followed by Live Oak International on February 24-28, also in Ocala.
As Chester Weber begins his year with competition in his home state, he will be watched by the world. Team Weber has been acknowledged by the foreign equestrian press for its recent acquisition of “Hungarian-Dutch reinforcements” Amadeus and Asjemenou, two bay KWPN geldings previously owned and driven by top Hungarian drivers Jozsef Dobrovita and Mark Osztertag.
Eleven-year-old Amadeus (by Talos) has been part of the Dobrovitz four-in-hand team for six years, and has been praised as an “all-around wheeler” that contributed to multiple national driving achievements under the Hungarian flag, including a fourth-place finish at the 2015 European Championships at Aachen.
Joining Amadeus is 11-year-old gelding Asjemenou (by Patijn), successfully competed by Osztertag at the 2013 and 2015 FEI World Pair Driving Championships and the 2014 European Championships at Izsak. This top competitor has also been called a “deciding factor” towards Dobrovitz’s victory lap at CAI3* Altenfelden last season.
“I am always looking to put more players on my bench,” says Weber. “When we found out these horses were available, I had no intention of buying two horses. But after Michael Freund and I tested them, we could not choose between them. They are fantastic, well-worked horses and I could not be more proud to start driving them.”
It’s not the first time that Weber and his longtime friend and former coach Freund (who took reserve as Weber took the champion title in Driving’s inaugural 2001/2002 World Cup) have spotted talent together. Their shared appreciation for athleticism and pedigree have been proven before in Team Weber horses, such as left wheeler Janosch, and dressage right and left leads Grumus and Rolex W.
Team up with Team Weber throughout Florida competitions and as Amadeus and Asjemenou join the effort to qualify
for the 2016 World Four-in-Hand Championships in Breda this summer. Follow news, live posts, video and photo
galleries, and preferred product reviews at www.chesterweber.com.