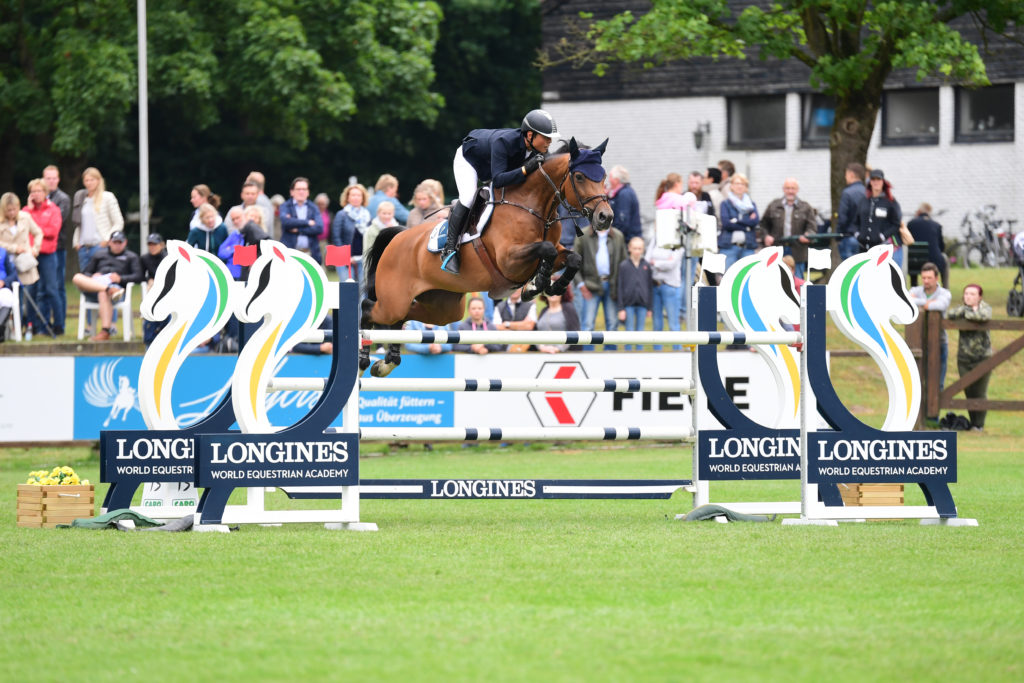 Normally you can watch that number of World-Class drivers only at International Championships or at Nation Cups! The ‘who is who’ of the 4-in-hand drivers meet again in Riesenbeck from 22.-24. June 2018.

Four times World Champion Ijsbrand Chardon from neighbouring Netherlands, US Champion and top class driver Chester Weber as well as World Championship participant Axel Olin from Schweden – all announced their coming. Those three and altogether 20 coaches can be watched with free admission. Altogether 11 drivers from Germany, including last year’s German Champion Christoph Sandmann and his daughter Anna, Georg von Stein and Ludwig Weinmayr will work hard to recommend themselves for the World Championship in Tryon (USA).

Ludger Beerbaum and his team of Christian Kukuk, Richard Vogel and Tadahiro Hayashi will be competing, of course. Only Philipp Weishaupt will be missing. He is competing for the German Team at the Nations Cup in Rotterdam. Famous for his fast speed in the course and always good for a surprise is Toni Hassman, and the Tebbel siblings of Justine and Maurice carry a bag full of successes to Riesenbeck. The Irish representatives Michael G Duffy and Cameron Hanley successfully showed at Longines Global Champions Tour and a welcomed guest from the United Arab Emirates Sheika Latifa al Maktoum announced her coming as well. From Italy Michael Christofoletti and from Switzerland Clarissa Crotta – only to name more international competitors.

As soon as the show jumpers get off their horses at 8 pm on Saturday there’s a change of sports but not less exciting: live coverage of the football game Germany vs Sweden as part of the World Championship will start immediately on the big screen at the Event Plaza. Food and drinks all around the Event Plaza will take care of all gastronomic wishes. After the game, floodlights will turn on and from 10 pm onwards we are back to show jumping and the final of the medium tour in the beautiful grass arena.

Eager to leave a good impression are the fourteen U25 dressage riders, who have been asked to compete at Riesenbeck by their National Coach Sebastian Heinze. Last year’s winner of all three classes, Bianca Nowack, isn’t allow to compete due to age. But for example Anna-Christina Abbelen (team winner of European Championship U21 in 2017), Florine Kienbaum (team gold and silver of U 25 in 2017) and Hanna Chichos (team winner of European Championship 2013) will try to follow Bianca Nowack’s foodstep.

More information with a time schedule and list of participants you will find here ….