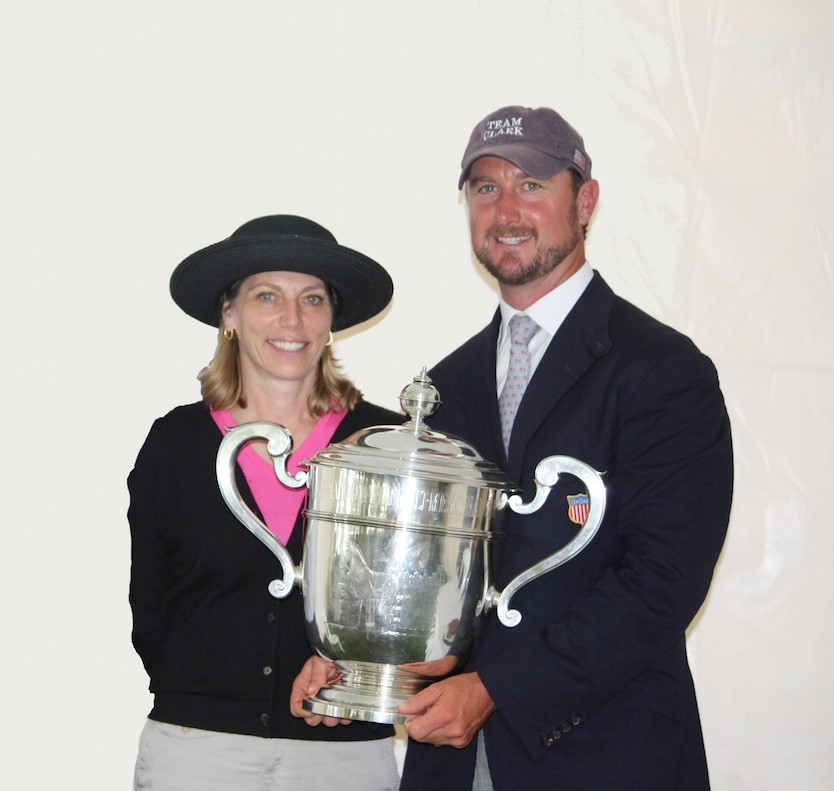 Normandy, France (August 29, 2014 ) As a competitior Chester Weber’s steady focus has had him described as having ice in his veins. One thing is for sure, he has ice on his horses—Ice Horse ice boots that is. Currently ranked number one in the world, Weber is the first American to win the CAI4* Aachen, a Team Bronze and 2-time Individual Silver Medalist at the World Equestrian Games, and 11-time US National Four-in-Hand Champion. Chester Weber and his longtime sponsor, Ice Horse, are teaming up to give spectators and fans at the 2014 Alltech FEI World Equestrian Games a chance to meet in person. Weber will be signing autographs at the Ice Horse booth # E8 at the World Equestrian Games on Tuesday September 2nd from 11:30 am to 12:30pm.

Weber has utilized Ice Horse to keep his horses fit and performing at their peak for nearly a decade. They have been with him through numerous successes, most notably this year’s season. Weber and his team of KWPN geldings have won the Kingdom of the Sun CDE, Live Oak International CAI, Royal Windsor Horse Show, CAIO Saumur, and most recently dominated in the CHIO Aachen. They will turn their sights towards the 2014 Alltech FEI World Equestrian Games in August, all with the support of Ice Horse and their line of products. Ice Horse offers the best in cold therapy for horses across disciplines, and Weber is just one of many success stories that have Ice Horse on their team. From tendon wraps to continuous cooling systems, Ice Horse’s line of products provide the best of the best in terms of keeping crucial areas of the horse cool. The positive effects of icing are impressive and well documented, and recent thermography studies further validate the effectiveness of Ice Horse.
Their website outlines the details of these studies, including the blood flow and metabolism associated with horses in heavy work, and a thermography camera measures these temperatures before work, after work, and after using Ice Horse’s products.

With control subjects showing much hotter tendons and overall less cooling on the thermal cameras, the effects of Chester Weber To Chill at Ice Horse Booth During 2014 Alltech FEI World Equestrian Games The Ice Man Cometh…Meet Chester Weber in person at the Ice Horse Booth at the World Equestrian Games on Tuesday September 2nd! efficient cooling become obvious. But just as obvious are the results of Team Ice Horse, of which Chester Weber is a part. Other athletes include reiners, show jumpers, eventers, and dressage riders from around the world. Team Weber will be on hand at the World Equestrian Games to further this legacy of success, and invites you to be a part of the excitement during his visit to the Ice Horse booth. In addition to his appearance at Ice Horse, Weber will be competing on September 4-7, which is sure to be an exciting event as he and the best drivers in the world face off in Normandy!