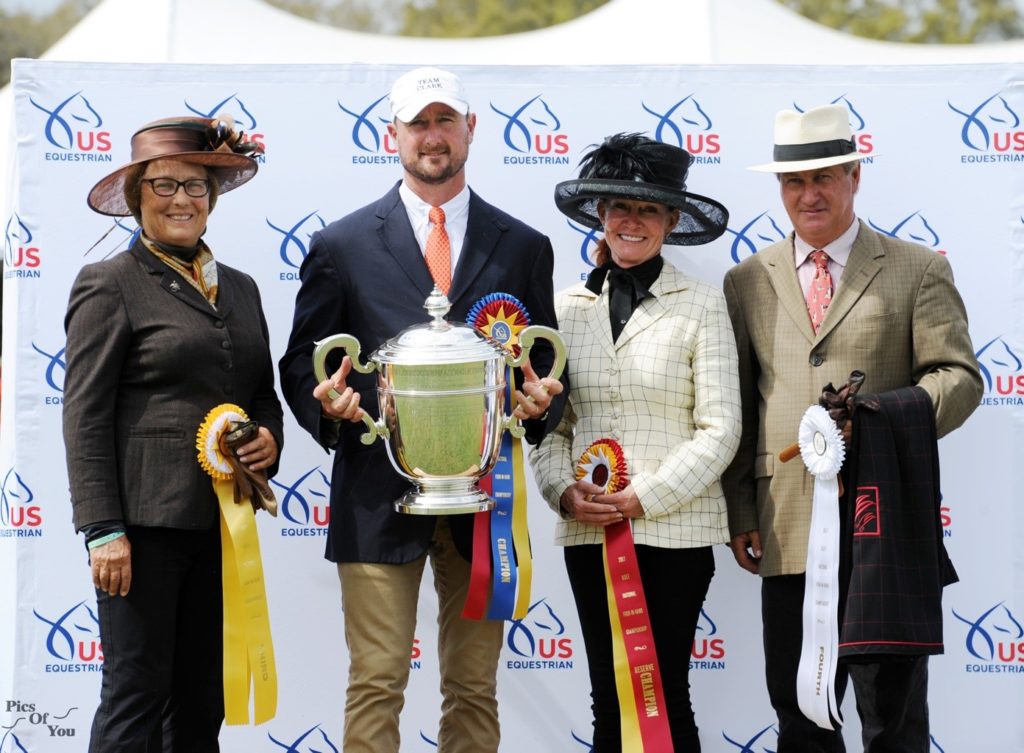 March 12, at the 26th annual Live Oak International. After a show-stopping performance in the dressage phase with an impressive 36.51 score, Weber forged ahead to win the marathon phase with a 112.96. Team Weber then rounded out the week with the cones phase to finish with a final score of 154.70.

Weber was quick to credit his horses for the victory and thank his sponsors, and emphasized how pleased he is with the newest members of his and Jane Clark’s hand-picked KWPN driving team. “Bastiaan and First Edition ‘Edison’ are fairly new additions to the team and they have clearly proved their merit. This is the first time we have had this group out together in competition. Finding that balance with utilizing the developing horses for competition and making sure we are as prepared as possible can be tricky, but I am pleased with the team’s performance,” Weber said.
“I was happy with the dressage score in the mid-thirties, and the consistency in my team’s dressage scores all season,” Weber added. “Last year, we did not have the consistency with the low to mid-thirty scores in dressage that the team is demonstrating this year. We are pleased to have hit our stride with the new horses.”

As Co-President of the Live Oak International competition, Weber commented on the challenges of juggling his responsibilities as a competitor with his responsibilities as the ringmaster of the largest combined driving and show jumping event in the United States. The competition, set amidst the picturesque rolling hills of the Weber family’s country estate in Ocala, was once again an exciting event for top equestrians and spectators alike. This year’s legendary competitor’s party was circus-themed, raising the bar yet again for next year’s Live Oak International weekend.
Be sure to check out the pictures from the competition and Saturday’s circus extravaganza on www.Facebook.com/LiveOakInternational. Follow Team Weber’s tournament schedule on www.ChesterWeber.com as he prepares to take on competition in Europe this summer. Learn all about Chester Weber’s latest results, favorite equestrian products, and his star four-in-hand team on his official social media sites on Facebook and Instagram @ChesterWeber.